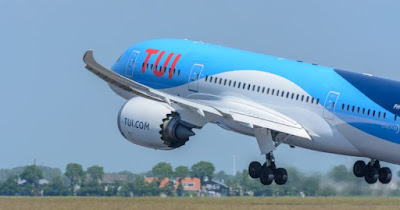 The TUI Group, the world’s largest tourism company, is a firm believer in blockchain technology and is already moving some of its hotel technology to its own, in-house blockchain.

Based in Germany, the TUI Group is a multinational travel and tourism giant, the largest of its kind in the world. The group, which has some 67,000 employes, owns over 1,600 travel agencies, over 30 hotels, cruise ships and multiple airlines with a fleet of 150 planes. With a reported revenue of nearly $20 billion in 2016, the travel giant is led by chief executive Friz Joussen who is a keen, enthusiastic proponent of blockchain technology.

Joussen revealed details of BedSwap, an in-house private blockchain-powered project that sees TUI place its owned hotel inventory on a blockchain to assess demand and shift inventories between different points of sale in real-time. As reported by tech publication Tnooz, the next phase of the BedSwap could potentially see the firm’s entire property management system, down to individual hotel rooms, integrated onto the blockchain.

In conversation with Skift, Joussen revealed that TUI had invested less than €1 million ($1.29 million) on blockchain development. That’s a small spend, particularly when the group sees potential cost savings around €100 million ($129 million) per year.

Speaking to the publication in a recent interview, Joussen said of the group’s blockchain endeavor:

It’s a smart contract blockchain. So, we have all our contracts on the block chain, and we use it for hotel swapping. We have embedded it, we have coupled it to our yield systems, so the yield system determines where we want to sell the beds.

Joussen is also convinced that blockchain technology will fundamentally reshape the business-to-business (B2B) space over the next decade. Aside from significant cost savings, the executive sees blockchain technology breaking the wheel of the monopolistic hold of travel intermediaries like Expedia, Booking.com on the travel and tourism industry.

As a decentralized database that is continually updated real-time, blockchain’s distribution technology could fundamentally render the likes these travel accommodation companies and agencies redundant.

Joussen also discussed the possibility of turning its currently-private blockchain, into a public chain that could be openly accessible by anyone, anywhere in the world.

“[Y]ou can start in territories like China where we don’t have a distribution. You start publishing stuff. Making it available where it doesn’t hurt your sales,” Joussen added.

Posted by Administrator at 6:46 AM