The what, why and how of blockchain in travel 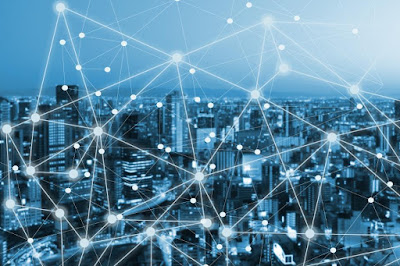 Blockchain technology is in its infancy, but it’s clear that it will change many industries in radical ways. The most brilliant minds of our time are trying to understand all the implications, but it will take some time.

NB: This is a viewpoint by Maksim Izmaylov, founder and CEO of Roomstorm. He has also helped to start Travel Tech Con and Winding Tree (mentioned below).

As with many other technologies, startups will play the key role in this process by testing these ideas in the wild and trying different approaches. We’ll surely see some big wins and we’ve already seen disasters, such as The DAO.

I’ve already seen multiple “X + blockchain” ideas, where the “blockchain” part is not relevant to the idea, so let’s discuss some of the aspects of the blockchain that you can use in your business today.

Hopefully after reading this article you will be able to better understand what blockchain is, how it works and why it’s important.

Blockchain is simply a type of database which has several interesting features. First of all, it’s immutable, meaning that records can only be added to that database and never removed or changed.

Secondly, blockchain databases are distributed among multiple computers that store full or partial copies of that database.

For example the Bitcoin blockchain (yes, there are multiple blockchains out there!) is hosted by millions of machines. It’s important to distinguish private blockchains, where all the computers in the network are controlled by one organization and which you can’t freely access, and public blockchains, such as Bitcoin, Ethereum and Hyperledger.

Last, but not least, one can deploy a piece of computer code onto a blockchain and, because that database is immutable, that code will be stored and executed there forever.

Basically, a blockchain is a virtual machine that can execute computer code. You can write programs for the Bitcoin blockchain by using a computer language called Script.

But Script is too low level, it’s hard to use, that’s why other blockchains, such as Ethereum, were born. Ethereum developers created a new computer language called Solidity which is much more flexible than Script.

Just like in Conway’s Game of Life three simple features allow for immense complexity. Let’s discuss a few obvious implications of these “rules” and some high-level concept enabled by them.

Because blockchain databases are distributed among millions of computers, the reliability of those networks, depending on their size, is, theoretically, 100%.

Again, it’s very important to understand that private blockchains can be shut down any time by the organization that controls its nodes, but public blockchains can’t be controlled (or shut down) even by their creators.

The immutability aspect of blockchains and the fact that they are distributed among multiple computers means that it’s extremely hard for a hacker to tamper with. Each computer in the network is constantly checking other nodes for validity.

Nodes that don’t match certain validity requirements imposed by other nodes are automatically excluded from the network.

With public blockchains there is a risk of a “51% attack” where a party that could seize control of 51% of computers in the network can theoretically control the system. Such risk is, of course, extremely small, for a number of reasons, but that’s a topic for a separate article.
Blockchain enables trust

Over the course of the history we have invented multiple institutions that essentially are there to enable trust.

For example, I will only trust that your name is John Smith if you show me your driver’s license or passport. Those documents are very hard for authorities to produce and hard for individuals to tamper with.

They usually have multiple layers of security – such as watermarks, holographic images and, recently, biometric information about their owner.

Banks are another example of a type of institution that we are accustomed to trust. Your expectation is that if you put $1,000 into your bank account, you’ll be able to retrieve it later on.

Whenever you transfer $500 from your bank account to your business partner’s account, you can rely on your bank to confirm that the transaction has been sent, that the other party’s bank received it and that the amount of money left in your account is now $500.

But even banks get hacked and officials sometimes use their power to their personal advantage, undermining these institutions.

These days we already have an alternative to the banking system – Bitcoin (BTC). All the computers on the Bitcoin blockchain contain information about all the accounts in the network, so everyone knows that you have exactly 1BTC in your possession (where “you” is represented by a hash – a long string of numbers and characters called “address”).

When you spend 0.7BTC, everyone knows that you’ve done it and that your balance is now 0.3BTC.

The same applies to the aforementioned problem of identification. If you put a record onto a blockchain that would contain your name and, let’s say, your fingerprints, you will be able to easily prove that you are who you are in an automated way, without an organization in the middle.

Such information, if stored on a public blockchain, should be thoroughly encrypted, of course.

This brings us to another important implication.

As with the example above, we no longer need middlemen to trust each other.

Whole organizations, for example escrow funds, can now be replaced with just a few lines of computer code. All interested parties in this case will be able to see that party A transacted a certain amount of money to an address on a blockchain that will send that money to party B, when certain conditions are met.

This is a very powerful concept that now allows us to create organisations that could govern whole industries, but that would lack all the downsides of monopolies.

Winding Tree is a decentralized autonomous marketplace for travel. It’s one single organisation, but no one can control it and raise transaction fees or cut someone off the network.

Blockchain also gave rise to a whole new type of business organisation, where a cryptocurrency issued by that organisation acts as its shares and at the same time as its internal currency, in which its contributors can be rewarded.

This new business model allows startups to raise money and at the same time pump value into their cryptocurrency by giving discounts to early buyers.

If it still sounds like science fiction to you, don’t worry, you are not alone.

This concept is worth a separate discussion, which, luckily, has been started here by Fred Ehrsam, CEO and founder of Coinbase.

There are already investors, such as Olaf Carlson-Wee, that only invest in cryptocurrencies, and there is a number of new challenges associated with this model.
Blockchain companies and projects

Uport – decentralized identity for all

An obvious implementation of these ideas is identification and personalization solutions based on blockchain.

In the future, a blockchain company could potentially replace Airbnb and Uber as intermediaries.

In the recent news, an Australian company WebJet announced that it is building a hotel distribution solution on the Microsoft blockchain. This project, because it’s built on top of a private blockchain, has obvious disadvantages to Winding Tree, an open-source decentralized distribution platform for travel.

To me, payment solutions enabled by Bitcoin are the most obvious (read “predictable”) use cases for the travel industry.

But there are many other ideas and concepts that are now possible thanks to blockchain technology and our job is to try and test those ideas.

Source: www.tnooz.com
Posted by Administrator at 6:51 AM