Blockchain can help Governments to achieve an efﬁcient and transparent Governance 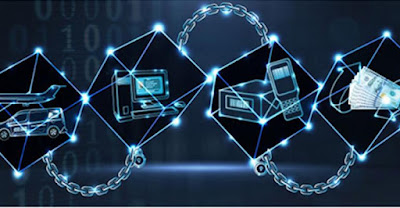 The public sector is a complex machine – centralised in respect of its responsibility for governance and public service delivery, yet fragmented and often disconnected in terms of its organisational structure and ability to share data.

The effects of long-running austerity cut deep – reductions in departmental budgets offer a stark choice to central and local government bodies alike: sweeping cuts, shrinking headcount and reduced services on the one hand or wholesale transformation of service delivery on the other.

At the core Blockchain is a distributed ledger that enables efﬁcient and reliable transactions that are typically private (or pseudonymous), secure, and transparent. Blockchain records are visible to all members of a network, so they can be easily monitored and audited. They are protected by encryption and a groundbreaking peer-to-peer cryptographic validation mechanism that makes them highly secure. Also, once a record is added to the blockchain, it is permanent and is next to impossible to tamper with.

Potential Blockchain Use Cases for Government:

Blockchain tends to displace existing intermediary institutions, meaning that government – which is often one of those intermediary institutions – could ﬁnd its unique position as a service provider diminishing across a range of functions. That being said, the secure platform provided by blockchain could also provide the government with a transaction layer upon which the service functions it does retain are executed and recorded.

Since blockchain enables a shared ledger with minimal transaction latency, it could allow agencies to reconcile transactions and budgets faster than ever before – without having to change their traditional service model. In cases where government agencies maintain silos of information, blockchain could make information sharing easier by serving as the common transaction layer upon which agencies communicate.

In some cases, the government is able to use its leverage with vendors to encourage compliance. That means the government could not only solicit work and distribute funds via blockchain-based applications, it could also drive vendor compliance by offering access to the platform as an incentive for certain corporate practices.

Electronic Health Record system built over Blockchain is one another application which would widely solve all healthcare records related issues. Every node in Blockchain EHR system would sent updates about medications, problems, and allergy lists to an open-source, community-wide trusted ledger, so additions and subtractions to the medical record were well understood and audit-able across organisations. Instead of just displaying data from a single database, the EHR could display data from every database referenced in the ledger. The end result would be perfectly reconciled community-wide information about all their citizens, with guaranteed integrity from the point of data generation to the point of use, without manual human intervention.

A Blockchain powered beneﬁt distribution system is being proposed against the regular system of distributing funds for these beneﬁts. In the system, crypto-tokens would be generated and passed from issuer to scheme organising departments to beneﬁciaries which beneﬁciaries be able to redeem to different vendors in the same ecosystem.

A blockchain could also serve as the ofﬁcial registry for government-licensed assets or intellectual property owned by citizens and businesses, such as houses, vehicles and patents. A blockchain could facilitate voting in elections, ensuring that each eligible person uses only one vote. A blockchain could also help in back-ofﬁce functions, to coordinate and streamline tendering and purchasing across departments, agencies, and other armslength bodies. In all cases, a blockchain could reduce fraud and error while delivering big beneﬁts in terms of efﬁciency and productivity.

Source: www.auxesisgroup.com
Posted by Administrator at 6:34 AM